"Why don't more people live here?"  That's what I was thinking the entire visit.  I had heard about west-coast weather in general, but I didn't realize there was a major city with perfect weather that wasn't on an island in the middle of the Pacific.

I joined Tabitha on a work trip and had the opportunity to spend four days exploring just a few of the parts of San Diego that we like to share on this site: food and beer!  We managed to hit the top points on our list, and one place in particular was so overwhelmingly awesome that we found ourselves there repeatedly.


Stone Brewing has a few locations throughout the San Diego area.  Liberty Station is a really neat place near the water that used to be owned by the U.S. Navy.  Now, it's a beautiful complex of restaurants, shops and businesses.  The Liberty Station Stone location is quite large, with a huge outdoor garden in addition to a really nice, large interior.

I love good beer.  And I love the outdoors.  I also love good food.  And most importantly, I love other people bringing me good food and beer while I'm outdoors.  The idea of a beer garden then, is  particularly compelling to me.
I've enjoyed many a beer, brought to me by someone else, at an outdoor area, some of which were called "gardens."  I visited a beer-lovers amusement park at Ommegang.  But if there is a paradise, I know it looks like the beer garden at Stone Liberty Station.

The food was fantastic: creative, good quality, and affordable. For example, three house-made sausages (pork, lamb, and chicken) on three kinds of pickled cabbage with bread, gershkins, and a side of Cali-Belgique IPA mustard.  That's an appetizer.  Add a side of crazy good fried olives and a bottle of Quadrotricale and I had the best lunch ever.

One of the comments Tabitha made was how incredibly pleasant and happy everyone in the service industry was in SD.  On our last night there, Tabitha's colleagues gathered at Stone for a goodbye dinner.  Even though it was probably mid-60s, they surrounded our table with large portable heaters.  The server was incredibly good, and even split the ticket about twelve ways without being asked, and without adding a mandatory gratuity.

So, the Liberty Station outpost was impressive. But what about the mothership?


They don't advertise. Not just no ads. How strongly they embrace this concept isn't apparent until you actually try to find their headquarters. There are no signs, anywhere. We followed our GPS an hour or so outside of SD to Escondito. The main brewery and restaurant / beer garden is located in a very nice but nondescript commercial complex that I would have mistaken for an office building. We would have driven right by it (we did once, actually) if an employee in a Stone shirt wasn't walking in the parking lot. 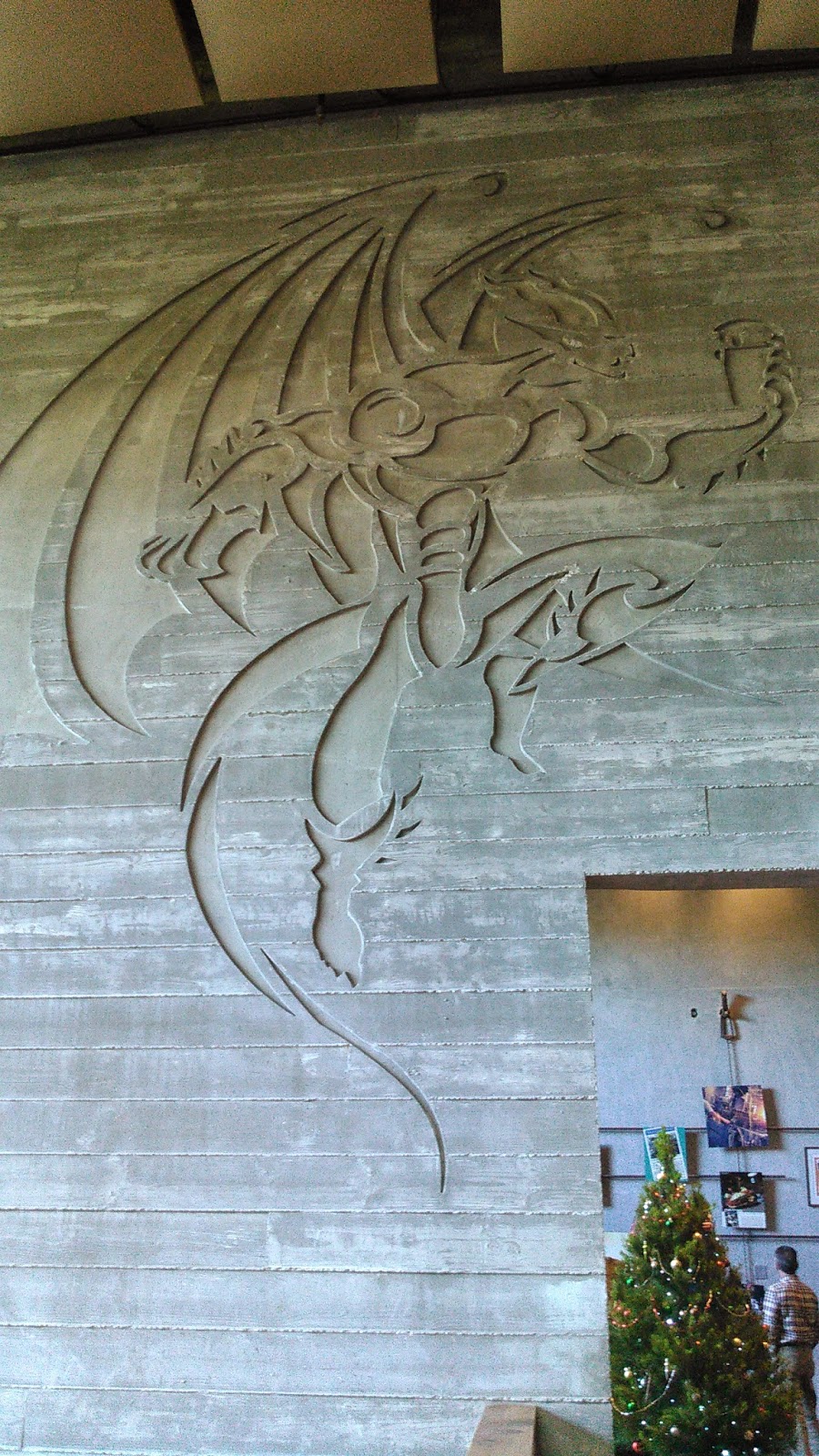 Inside is where it gets impressive.  Like the Liberty Station location, it's big on the inside, with an amazing beer garden.

We sat at the inside bar this time (how much perfect weather can you take, really?) and tried a couple smaller pours and some light food while waiting for the tour to start. No pictures, but a quick review: Asian BBQ ribs: awesome.  Mac and beer cheese with sausage: awesome.


One of the most interesting beers I've had in a while was the Imperial Golden Stout called "Master of Disguise."  Looks like a golden ale, with strong initial stout smell and flavor of roasted barley.  Not quite the heavy mouthfeel of a full stout; instead, a little lighter on the tongue.  The barkeep said the trick was to add the specialty grains only briefly at the end of the brew, before they could change the color of the beer.  Great taste and well-balanced, especially for a nearly 10% beer. Wish we could get this back home.

As for the tour, well, it feels like we've been on a million of these things, but I still like to go.  Not to learn "how beer is made," but really to get a feel for the culture behind the beer. For me, good people make good beer, and it's always neat to see how the people match up with what they create. 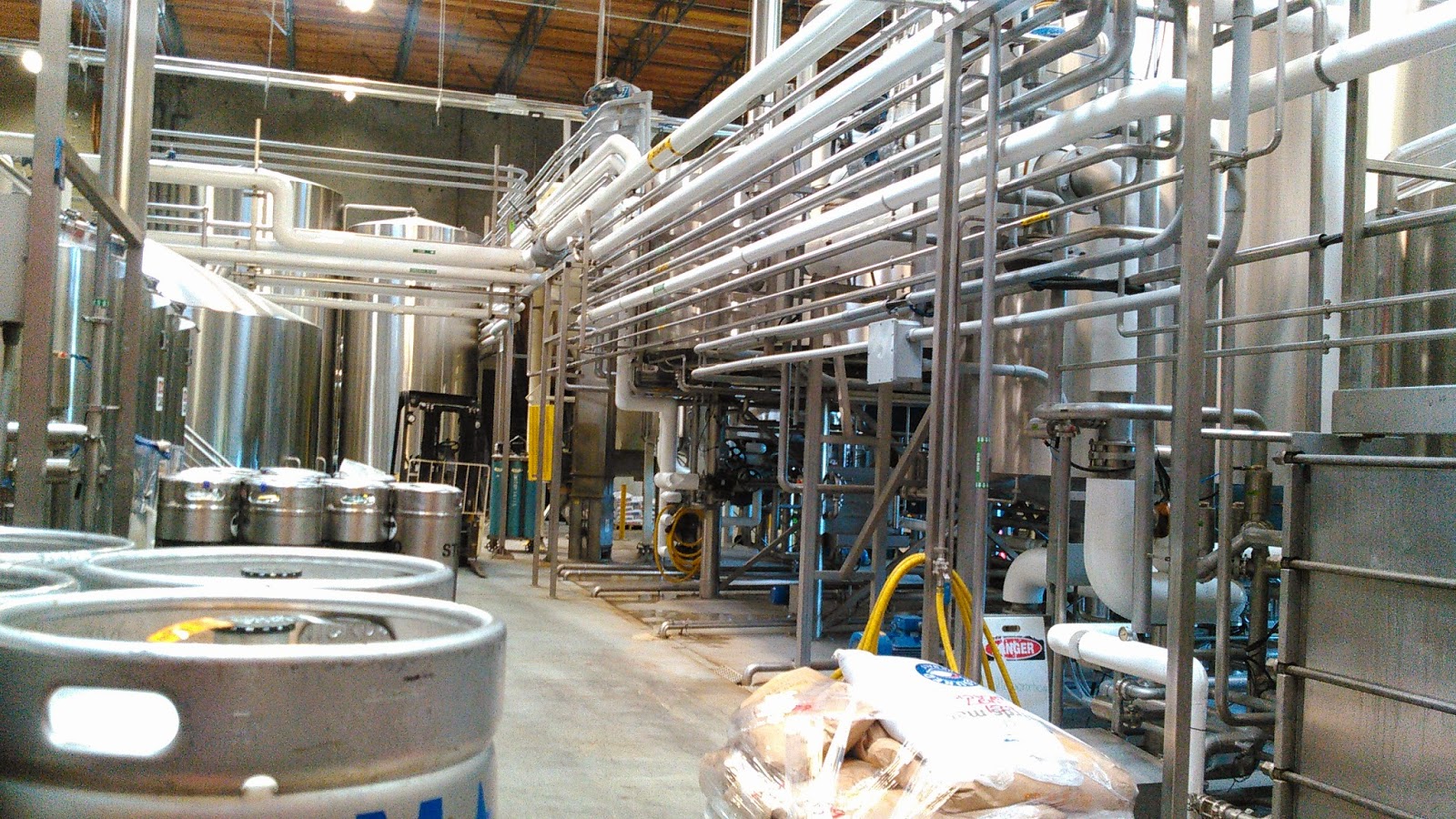 It was no surprise then that the tour was great.  Comfortable and fun, are the two words that come to mind. I felt like I was being entertained, not just informed, which was a little different. 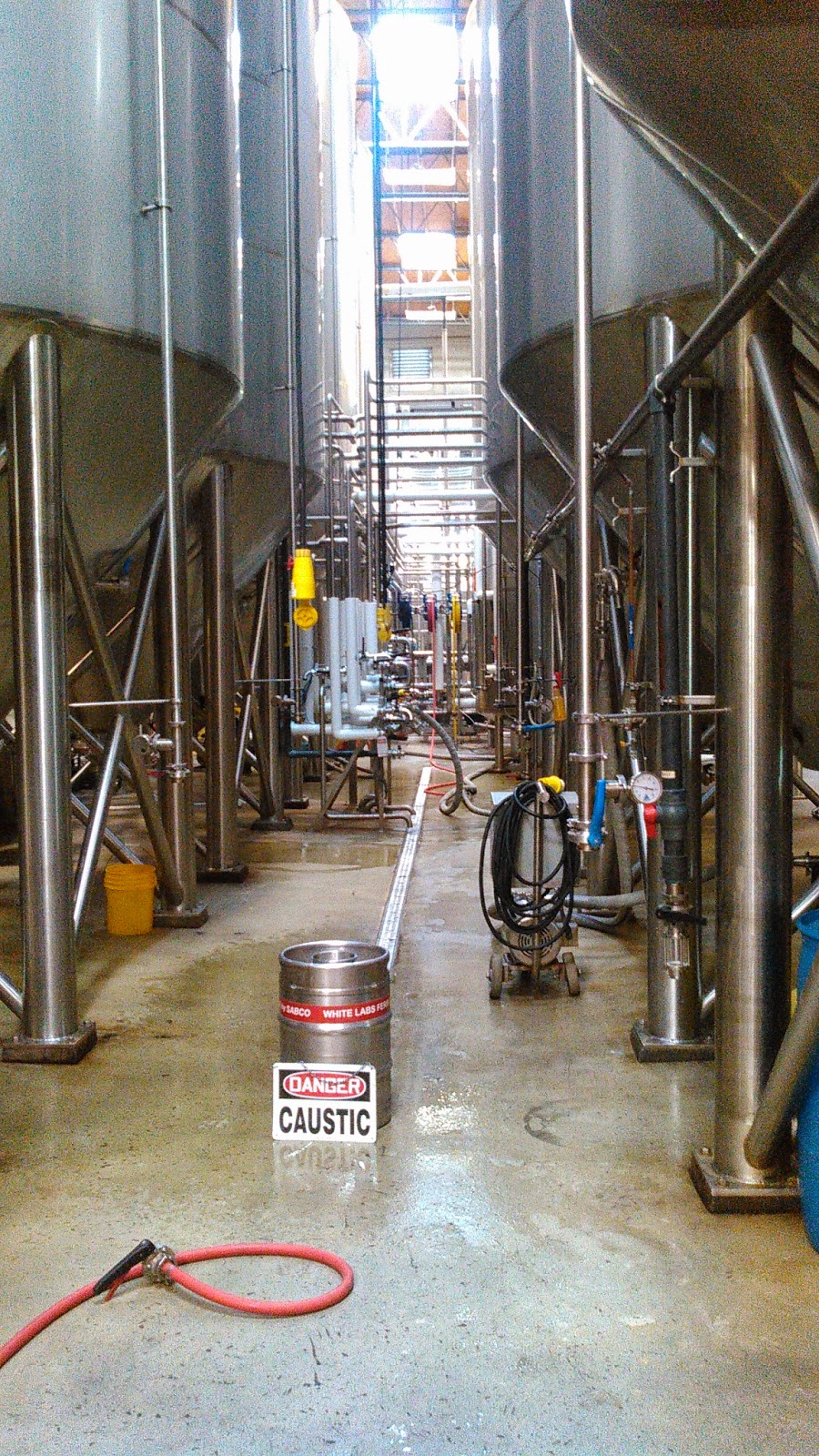 Also, a word about their operation:  I have never seen a cleaner brewery.  Seriously.  I think you could eat off the hardest-to-reach pipe fitting on the back side of the tallest vessel.  I believe I heard said that they dedicate one day a week solely to cleaning. That may be common practice, but I have never heard it mentioned in any other brewery, and it stood out to me. 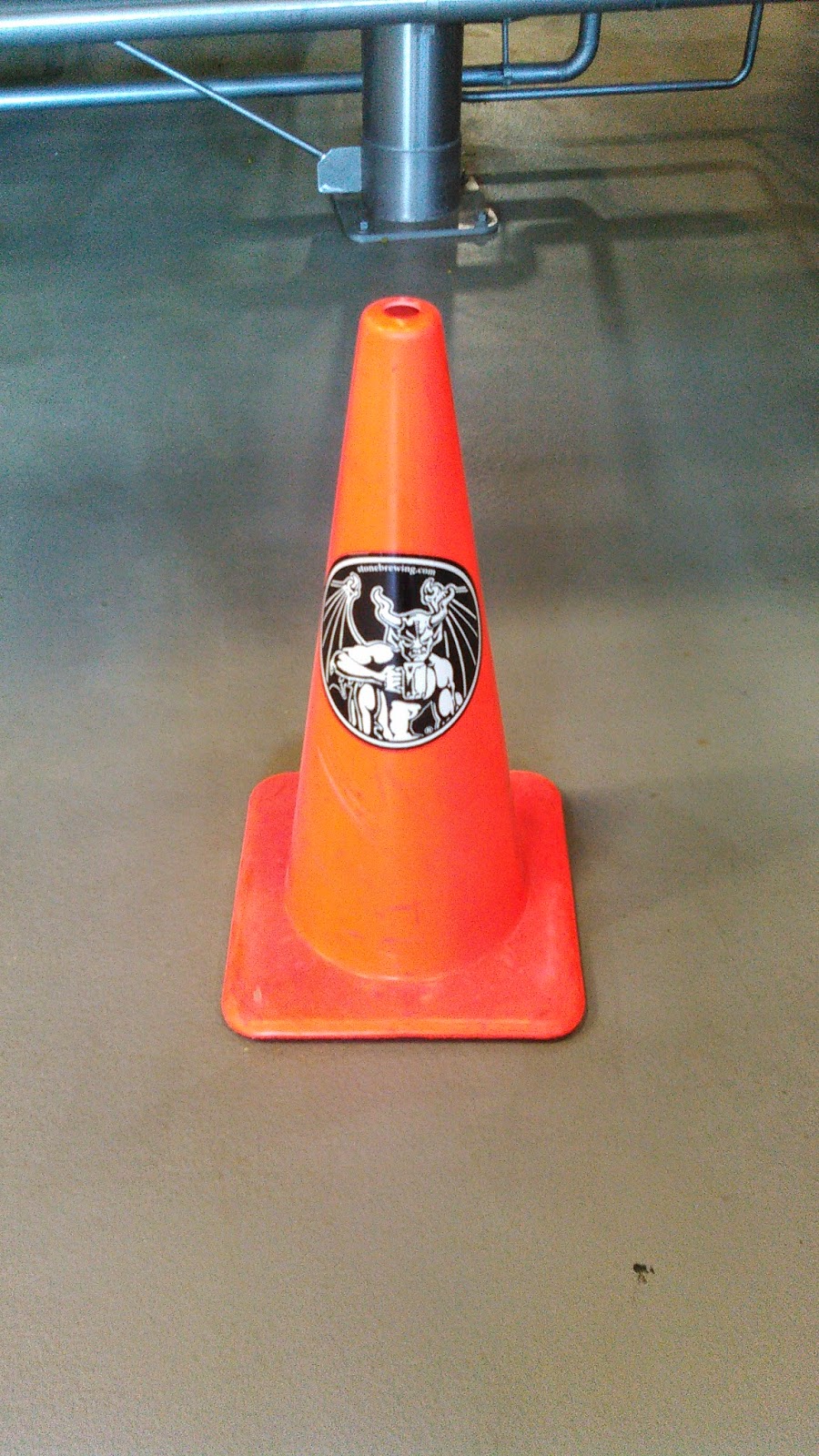 
At this point, it goes without saying that Stone is a must-visit if you're in San Diego. If you missed it, go back!

Check back soon for Part 2!