A couple weeks ago while visiting the Smoky Mountains, we stopped in at a local burger and wing bar for some wings. Seeing an advertisement for an Ole Smoky Moonshine sampler, we opted to give it a try.

We were very pleasantly surprised.  I had seen Ole Smoky products around Knoxville, but I had assumed they were, well, to be honest, a liquor version of many of the local wines you find in the area around the Gatlinburg / Pigeon Forge area; that is, cheaply made from "good enough" ingredients, probably a little harsh or a little too sweet, and marketed at tourists.  (I mean, come on - it comes in a jar!) 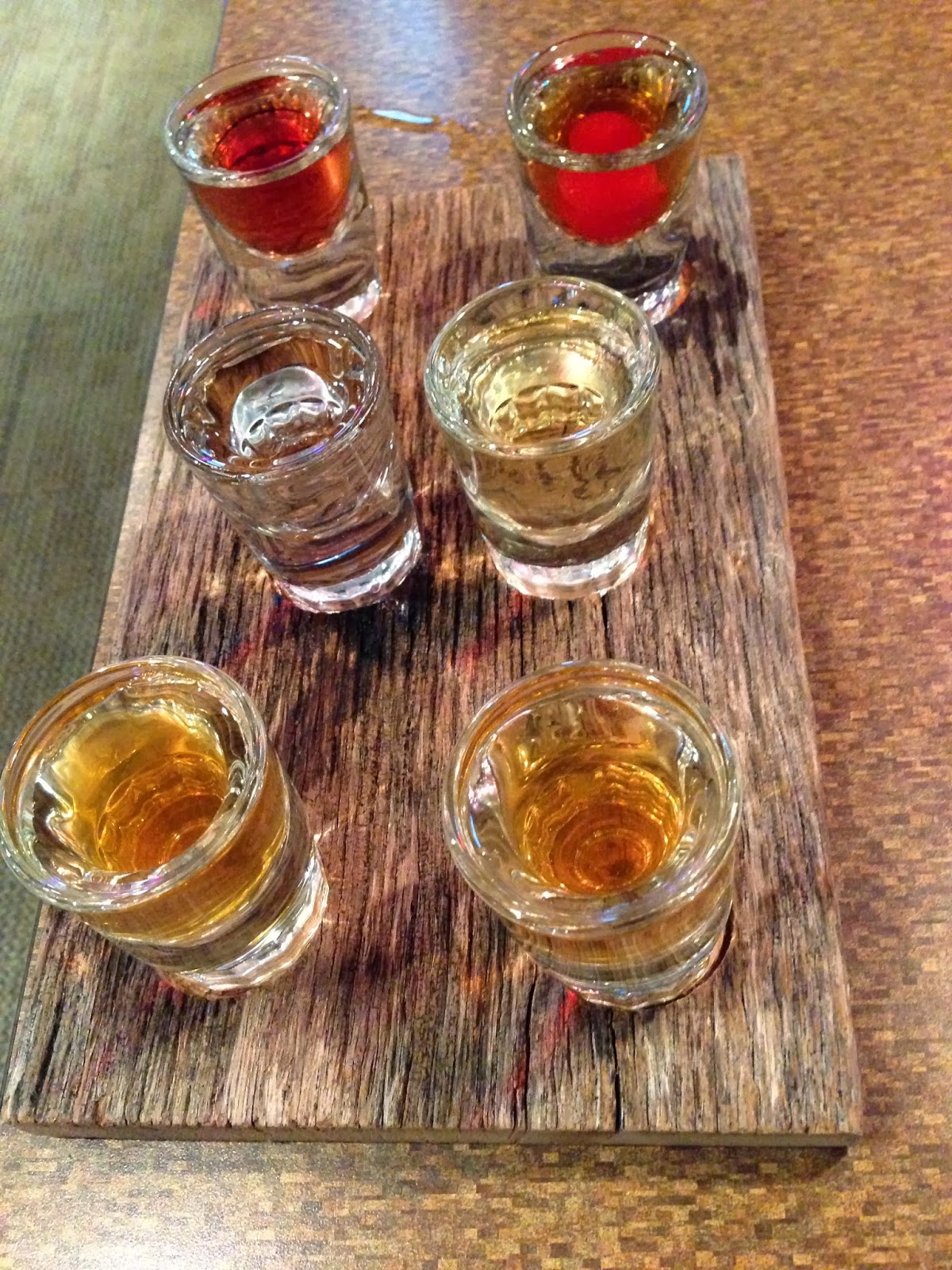 Instead, we found the flavors delightful.  The lower alcohol, flavored varieties that we tried (apple pie, peach, blackberry, and some kind of cherry concoction - they were out of lemon so we had two apple pies) were delicately flavored, not thick or syrupy like I expected.  Our waitress said they were about 40 proof.  The 100 proof "white lightnin'" was also very mellow for such a strong unflavored liquor.

Clearly these were carefully crafted, well-balanced spirits, and I'm keeping them in mind next time I need an adult gift for someone outside of Tennessee.
Posted by Chris at 11:32 AM